I love art installations. I have yet to create an installation purely of my own work, and so I turn to my greater community for help. Thankfully, the congregation at First United Church in Bloomington, Indiana is tolerant of my needs and gladly participates when I ask.

This winter, I was obsessed with finding hope. I asked the congregation, as well as the community groups that use our space, to send me images of hope from their cell phone cameras. My comment to them was that unless it was an image of their grocery list or the book they wanted to read, the content was probably something that other people might find hopeful.

Assembling the wave of hope

Over the course of a month or so, I received 120 images, which I downloaded and sent off to be printed. My challenge was to combine these images in a way that made a statement, but did not require expensive framing and could be displayed easily on a painted cinderblock wall.

A few years ago, I had seen an installation of solar printmaking using cardboard and small loose-leaf binder rings. I decided to augment this idea to create what I was seeing as “A Wave of Hope.” I purchased four colors of blue scrapbooking paper — thick enough, but not too heavy — along with 500 1/2 inch binder rings. With a newly acquired ATG tape dispenser, I mounted the photos in either a landscape or portrait format on the blue paper. I drilled holes through the stacks of paper, and took the entire set to the site for assembly.

The challenge of the actual installing

With the help of my daughter Hannah, we created a makeshift armature out of dowel rods and the hanging system in the art hallway. We formed chains of imagery, linked with these rings and attached each one invisibly to the armature with fishing line. The chains moved up and down as if they were waves, but were attached to one another so that they did not twist and the entire piece had a bit more stability.

I don’t hear huge exclamations when people pass the installation, but they slow down and seem absorbed in the imagery. I think that is what hope is like — it will sneak up on you if only you are open to receive it.

If you are so moved– why not attach a hopeful image in the comment section? 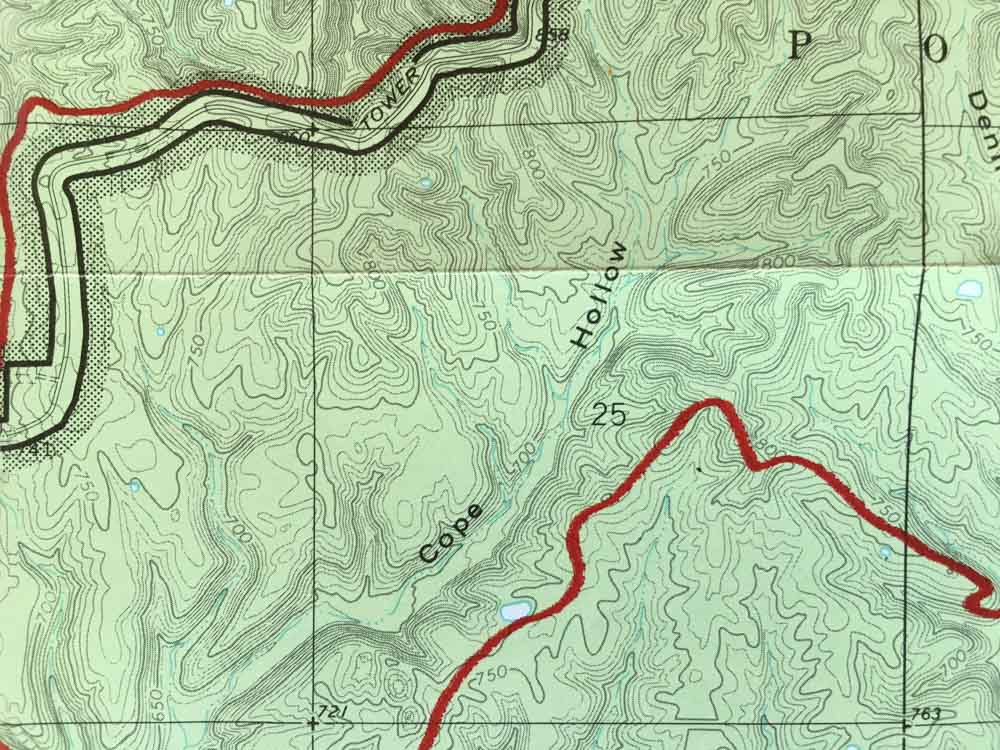 I am thrilled to be in the beginning stages of my first commissioned linocut. It is so new, however, that my gradated blue rectangles aren’t ready for blog exposure. My other big project — the Fourth Street Festival of the Arts and Crafts — is coming up soon on Labor Day. So in honor of the festival I thought I would answer some of the most common questions I get about art festivals. Keep in mind that there are always exceptions, and these insights are from my own experience as a festival participant, a festival juror, and local festival committee member.
Who chooses which artists participate?
If the event says it is a juried art fair, then submissions are chosen by a jury. Most festivals use an on-line service called ZAPP, where images of the artist’s work and a picture of the artist’s booth are uploaded. Jurors only see the images — no names or other identifiers are allowed — so it is hoped that the process can be without favoritism. Jurors see artwork by category (i.e. jewelry, ceramics) and give each submission a numerical score.
The festival then uses these raw scores to develop their list of invitees. They keep in mind how many of each type of medium they would like to have. There are usually many more jewelers, ceramicists and photographers than there are say, printmakers. They want to make sure the festival has a good variety of offerings.
Being a juror can be a tough job. Some festivals do live jurying — where the jurors look at the images together for a brief time and then submit scores. I did this for the Broad Ripple Art Fair one year, and it was exhausting to look at so much art! Other festivals allow jurors to score on-line over a period of time from any location.
Where do all those white tents come from?

END_OF_DOCUMENT_TOKEN_TO_BE_REPLACED

Our family motto is “How hard can it be?” With this perspective we have embarked on many adventures: from renting an auger and cleaning out our own sewer (you shouldn’t) to learning to survive a dangerous hike in the Italian Alps (sing show tunes loudly to combat fear.)

Four and a half years ago, “How hard can it be?” got me my first press. As I’ve detailed in a past post, my husband built it for me out of recycled steel. Friday I received an e-mail that I am a recipient of an Individual Artist Grant from the state of Indiana. In the grant I described how I wanted to expand my press to accommodate larger work. I have one year to use the funds, so we began immediately.